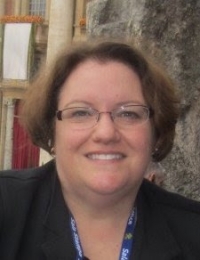 The other day, while the rest of the Catholic world was reeling at the abrupt dismissal of Cardinal Burke from his curial office, Elizabeth Scalia, Queen of the Rose Tinted Patheos Bubble, in an apparent attempt at the gold for team Pollyanna, has given us an excellent and admittedly very attractive version of events.

I so much enjoyed the happy picture woven of Cardinal Burke moving to Malta to work hand in hand with the knights to ... uh ... better Catholic health care... or something.

Let have her own words:

“It would not at all surprise me to discover that Pope Francis, seeking to find a way to give assistance to people risking their lives to escape a troubled continent, has deliberately put along their route a youngish churchman with a humanitarian ‘military order’ under his patronage, and a gift for putting things together.”

In Malta. Because, you know, it’s the Knights of Malta so, Malta, right? And ... after work, they can come together to take tea on the piazza with Queen Victoria and Harry Potter ...

Ms. Scalia later posted an update with thanks to the various readers who informed her that the Knights of Malta are not in Malta for over 200 years. What is in honor of, I think, but that would not make the absurd mistake in the first place. (You have Wikipedia in USA, right?)

It would be great if the world was really so? It’s tempting to leave the reality and live in this garden of pink-tinged earthy delights, hopping with fluffy bunnies.

I do hope Elizabeth Scalia continues to talk about her very interesting views. Perhaps she can collaborate with Cardinal Dolan to create ideas to tell everyone how Pope Francis has made ​​life easier for divorced and “re-married” Catholics and homosexuals. Everything is in fact awesome, if you are a part of the team.

Meanwhile, back in the old gray and gritty reality, the rest of us are still want to know what to think about the Burke demotion, and here is where I really give Mrs. Scalia her due, said without irony. In the middle of her strange dreams, she had stated that as the patron of knights, Cardinal Burke will be released from his duties in the Signatura, and will have the advantage of rich and powerful friends.

But more to the point, he is exactly the kind of guy you want to run around the world seeking the salvation of souls. And now even more so after this – since, as we know, the Knights are in Rome – he will be able to remain in the Old Smoke where he will undoubtedly become a touchstone for Tradition and doctrinal orthodoxy.

The publisher of this journal is trying to unify the forces of orthodoxy in the Church. He says repeatedly that there is really very little left to separate Traditionalists from what he calls those who are “tradition-minded,” and it is clear that Pope Francis is working to help every day in this effort of unifying orthodox Catholics.

There were and are many people who are trying to shake off news like the demolition of the Franciscans of the Immaculate. People like Elizabeth Scalia are apparently becoming increasingly strange in their desperation to square the circle Bergoglian, to dismiss concerns about his favor for the “serene theology” of Cardinal Kasper and on and on. You do not need to hear the litany.

But to whitewash the treatment of Burke, their increasingly hysterical efforts have revealed the “conservative” dilemma: the Pope is always right; Francis is the Pope; therefore, what Francis says is always right, even if he is, before all the world, systematically dismantling the foundations of the faith, in the teachings on marriage, sin, redemption and the Divine Eucharist.

(This is assuming of course, that people like Mrs. Scalia are not merely thoroughly “liberal Catholics”... as her piece in the UK Guardian justifying divorce may seem to indicate.)

But what of Burke? Whatever was intended, is it possible that the pope’s action will backfire? That by cutting Burke loose from the curia he has created not only a sympathetic martyr, but a powerful new free agent for Catholic orthodoxy?

The Cardinal is already an international Catholic intellectual and moral superstar with credibility far exceeding that of Pope Francis or his chosen advisors. By martyring Burke, Francis has very likely galvanized and united a movement that until this moment was uncertain, disunified and timid, many members of which were afraid even to whisper that there is a problem.

Cardinal Raymond Leo Burke has been for some time, the face of Catholic orthodoxy both doctrinally and liturgically for Traditionalists (perhaps with a few reservations now and then) and EWTN-watching conservatives alike. Maybe even moreso than Pope Benedict ever was. Anyone who has eyes to see know very well what happened. Pope Francis, long troubled by Burke’s persistent refusal of the hip and cool 1970 Jesuit way to do things, dismissed him as part of the escalating conflict in the upper echelons of the Church over the direction taken for the forthcoming Synod. It is not rocket science, ma'am.

But what will be the outcome of this possibly imprudent move by Pope Francis? Mrs. Scalia raised one very interesting point: Burke is a prince of the Church, he is free to pursue his charism as a bishop and cardinal in the best way he sees fit. Sacked from the Curia, where he never has had any of the usual, worldly type of political influence in the circles of power in the Vatican, he really has little to lose there.

After many years of creating considerable moral capital, Pope Francis has just effectively handed him an unlimited moral platinum card. What if he chooses to step up and start spending it?

If Burke retires out of the Curia and moves into this ceremonial sinecure, what then? We know what his priorities are. His office in the Knights’ palazzo up on the Aventine will become a pilgrimage route.

And honestly, with the Knights at his back, while it may not today mean many big burly guys in armor it does mean a lot of very old money and influential friends around the world, who are, as we say today, very “tradition-oriented”.

In fact, Francis has done nothing but create a more powerful opponent in the war. The war in which we will soon all be forced to choose a side. Francis has done most he can to Cardinal Burke, but it has made the good Cardinal (probably against his inclination) the de facto leader of the traditionalist movement of orthodoxy in the Latin Church, and one with nothing now to lose.

Things could end up very interesting indeed if, by say, the end of October, the de facto leader of global Catholic orthodoxy is speaking to interviewers from the Aventine.

If he chooses to, that is. Because Burke himself would be the only limiting factor. He has, so far, shown his own signs of being desperate to avoid the conflict, while at the same time knowing himself duty-bound to defend the Faith.

Despite his reputation among conservative American eager fans, Cardinal Burke is really not known for his energy as an activist. If this proves to have created a “shadow Orthodox-Catholic Pope” he will to be ready to give up some of his natural restraint and desire to be a company man. But I sense that Francis will soon be there to help.
Published in Remnant Articles
Last modified on Friday, September 19, 2014