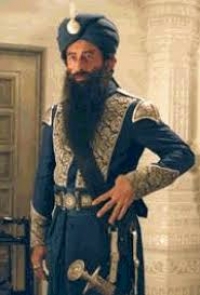 Breaking News: Vatican City Papal Address to the Church and those faithful following their consciences. The new Motu Proprio Document by Pope Nemo I is titled “Video Tuo Audio” with disciplines for the extended Modern Catholic Universal Church as regards the proper comportment for the required new Sunday fulfillment of Ordinary Eucharistic Mass attendance obligations:

The modern Church is rapidly moving away from the traditional parochial community to the more pan-religious community. Today, in fact, the average age of priests has approached retirement age. With this evolution of extra-ecclesiology and concurrent shortage of priest presiders the use of brick and mortar structures has become obsolete. Economic assets have been reduced to critically low proportions due primarily to legal fees and debt compensation needed for clerical pedophilia indiscretion.

As a commitment to the evolutionary crisis and the predetermined shortages of personnel the systematic downsizing has brought about an organic transition in priority. This coupled with the Catholic environmental projects in reducing carbon emissions and taking into account the doctrinal objectivity within a deeper understanding of commitment leads the magisterium then to the revision of the disciplines governing the praxis of the faith community in order to best serve.

The USCCB after consultation with the Vatican have collegially completed the required questionnaire, compiled the facts and are prepared to implement the facilitators. Now that “Freedom of Religion” has transformed individual theologies into inclusive theologies the natural trend towards multi-theism is contributing to a greater understanding in and of cultural relationships.

The year is 2020 and this is the second papal year of Pope Nemo I. Many changes have been made following the trending of mercy and minimalist discipline introduced and set in place by Pope Francis I. Unable however, to complete his broad range of clerical and liturgical modifications due to a sudden unexpected stroke and disablement Pope Francis was forced to resign leaving the newly installed and severely redacted curia to call for an immediate conclave to elect a new pontiff. That need for a new pope was soon answered by the election of Pope Nemo I, formally the Vatican Secretary of State who stepped nicely into Francis I’s shoes.

A quick overview of the dire condition that the Catholic Church has now fallen into reveals the abject failure that the modernist Church leaders have wrought. Over one hundred thousand parishes worldwide have shut their doors and have been sold to the Muslims and are now used as mosques, razed to the ground or converted into restaurants, night clubs and a variety of other enterprises but, gone as churches nevertheless. It was decided by Pope Francis that the Roman Catholic Church had to meet the people where they were and where they were was not inside or even near to any resemblance of a church building.

Church attendance had dropped so low that it just made no sense to continue investing in maintaining buildings and properties that could be easily sold to pay off the staggering worldwide legal debts. The international pedophile scandal that bankrupted many dioceses and nearly bankrupted thousands of others had its pound of flesh to pay and meeting that obligation meant cleaning out hundreds of millions of dollars in trust funds and selling whatever valuable real estate was available, and it was becoming more and more than available.

At first selling off valuable property and settling debts seemed like a reasonable way to downsize but, the concurrent effort to offset the building loss and increase efficiency in reaching out to the faithful for funds and participation never happened. Although the experts in ecclesial promotion relations and advertising used every psychological trick in the book and every modern means of communications technology their combined results in wining hearts and minds towards churchgoing was a total failure. Only a preliminary curiosity in the new Church concept transpired despite the best efforts of the costly expert advertising and ecclesial economic advisors.

The fact is, the Vatican was forced to admit that it could not meet its needs financially without enlisting government help and that government help, although available, came with conditions which conflicted greatly with what used to be called “The Deposit of Faith.” Slowly at first but, then eventually falling in line the Roman Catholic Church retracted or shelved traditional moral objections and adopted the UN Charter. Then without much persuasion subjected itself to international law and The Hague. What followed then was the Roman Catholic Church’s universal capitulation to toleration within the theme of “Graduality” of once considered abhorrent and formally sinful behavior.

The determined and optimistic experts and pundits who signed onto the practice of “Graduality” correctly anticipated that it would become the working theme of Pope Francis’ modernization of the Catholic Church but, they never saw or even imagined the underlying calamity that would follow down its path.

"All of us in the Church commentary biz are, understandably, transfixed by the Relatio that came out Monday and by some of the reactions to it. In a frenzied state, sometimes it is easiest to miss what is actually the most important, to overlook the obvious. In this case, the text’s statements about graduality or gradualness seem to be the key hermeneutic for the entire text, arguably for the entire papacy.” (National Catholic Reporter: Graduality at the Synod Michael Sean Winters  |  Oct. 16, 2014 )

The enthusiasm of progressionism is often fraught with a shortage of logic and feasibility and pure liberal progressionism is always a predictable financial disaster. The truth is that all the fantasy of the wonderful mercy theology of Cardinal Kasper supported by and in fact encouraged by Pope Francis has resulted in a colossal mess. The economic and social structure that supported the form and fabric known as the Holy Roman Catholic Church has vanished and all that remains is a ghostly outline of its former greatness. Disaster and then some for all the newly created confusion and frustration in the pseudo-doctrine of “Graduality”. For many the conflict and confusion surrounding sinners receiving sacraments and allowed to act as Eucharist ministers and lectors was just too hard to take and they walked away into the proverbial sunset.

The question of what is marriage and when is it not a marriage and what about the second wife?   What was always sinful is now possibly sometimes tolerated and even maybe a work in progress towards something or other but, traditional marriage; not so much. People who live together and have sex with each other outside the bonds of matrimony and even sodomites evidently have some nebulas undefined gifts to offer and all this is supposed to gradually become okay at some point in time? “Graduality”? Not only is this thinking outside of the box it is not even remotely based on any scripture or tradition; it is complete and utter nonsense and has the look of heresy written all over it. It is also an abomination in the sight of God but then the famous, “Who am I to Judge” of Pope Francis, comes to mind.

Since all the normal collection basket sources of gratuitous funds dried up and the trust funds were emptied there are still many bills that are unpaid. Germany supplied the Church with a voluntary Church Tax and distribution system but, the volunteers stopped volunteering. In the U.S.A. the old guard steady-going Church contributors became subject to nature’s natural attrition and there just weren’t enough new generation churchgoers to take up the slack. The only aspect of actual growth was in the Church necrology reports. If ever the Catholic Church was to go on and continue it’s now confused non-traditional multi-cultural mission it needed to secure funding and the options are slim and in some cases none. In some countries where the Masonic Revolutions took place all the existing Church properties were already expropriated by the State and loaned to the Church Officials under agreements. What could be sold was sold but, the sale still going on will come to its realistic end and probably sooner than one might imagine. Then what?

The Church has shown and not just recently, that it can and will eagerly work with government funding for social service agencies to provide food, clothing and shelter to those suffering from poverty brought on by illegal emigration, drugs, alcohol and joblessness. Since the collection baskets are empty and the sale of property is limited and not always available the government funds now provide the succored Church refuge. Of course as with all thing given by the government there are conditions and since the government is generally a Judeo-Masonic Republic those conditions include the suppression of all traditional Catholic beliefs that contradict Constitutional rights.

There are however enclaves of Novus Ordo faithful seniors who still have a church building to go to but, their numbers are steadily dwindling as parishioners pass away. Those few young people who still consider themselves to be Christian have been asking for a ministry that they can claim as relevant to their lifestyle. As a result of this search the Congregation for the Liturgy has developed of a whole new venue and praxis that they feel meets the needs of the 21st. Century Christian.   The answer to their young wants has come in the invention of a “Cybernetic Church”. The replacement of brick and mortar church buildings with a virtual cyber-Church has caught on in many places and especially with the mostly young people who use smartphones. The “Cybernetic Church” also seems to satisfy the spiritual impulses of those who are at least curious enough to consider what lies beyond the grave. This trendy new approach allows the participant to download the local diocesan Ordinary Mass which comes in a variety of languages and themes such as balloon and slow-rock and view it alone or with friends and family at whatever their convenient time may be during the week.

Sunday Mass viewing has been extended to include the entire workweek but, nevertheless a weekly viewing is deemed necessary in order to fulfill one’s Mass attendance requirement. All this and more is now contained and explained in Pope Nemo I’s Motu Proprio, “Video Tuo Audio”. Just a few more words on how convenient it is to download with a Vatican II App the weekly diocesan Sunday Mass in Novus Ordo and have it come virtually alive on your I-phone, I-pad, laptop, PC or big screen TV any time you choose. Credit card donations for each Mass can be made individually or made in monthly automatic withdrawals. Each Mass comes in your choice of language, theme and includes a variety of homilies to choose from that coincide with the liturgical calendar. Those who choose to receive the Eucharist while viewing their Virtual Mass weekly download can do so by making a visit to the Chapel Shop Vending Spot conveniently located at most Walmart stores next to the ATM machine. The sacrament vending machines are serviced weekly and operate similarly to the ATM with printed easy to follow instructions usually in English, French and Spanish. Eucharist Vending Machines will accept donations no less than five dollars and unlimited contributions from those who are so inclined are appreciated.

As for the Traditionalist Latin Mass Catholic none of the above would apply. The Holy Sacrifice of the Mass is still as it was two thousand years ago. Still the same unbloody renewal of Christ’s sacrifice on the cross of Calvary; sublime and beautiful as ever.

Satirical commentator and really old Catholic guy who spent most of his life reading Catholic newspapers and books while holding down a Rail Road conductor's job on Long Island.  Father of five, grandfather of ten and married to the same sweetheart for fifty+ years. Traditionally Catholic to the core.